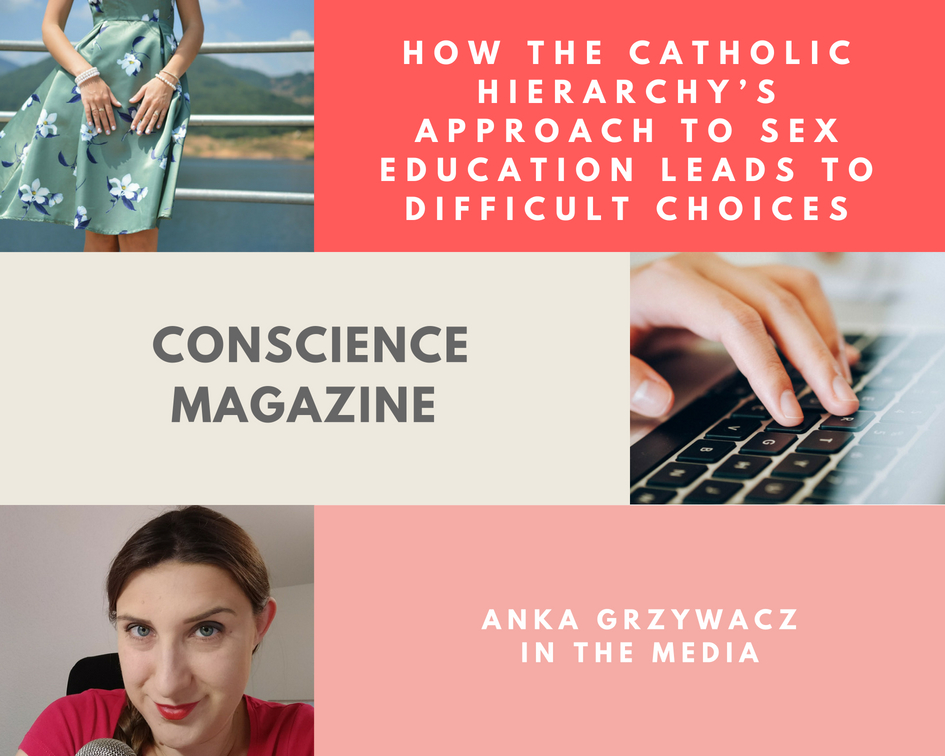 This is my article “Between a Rock and a Hard Place. How the hierarchy’s approach to sex education leads to difficult choices” written for “Conscience Magazine” vol . xxxi—no. 1 2010, p. 22. It explores the impact the presence of religious Catholic teaching in schools on the provision of comprehensive sexuality education programmes. The bishops want to promote the Catholic sex education instead of the comprehensive and science-based sex ed.

The church, however, does interfere
in the work done by Ponton. We are not
invited or welcome in Catholic schools.
In small towns and villages, the situation
is even more difficult. There, the role of
a priest who teaches religious education
(which is practically obligatory
in Poland) enjoys a respect equal to that
of the school principal. We were invited
once or twice to give a class on contraception
and hiv prevention in a small
village, which is difficult for us as it
requires more time and energy (and
some funding from the host school) to
travel any distance out of Warsaw.
Nevertheless, we decided to give a class,
but the project never happened because
the local priest interfered.”

“Here is my mantra: Do not mix up
the two subjects. Let religious education
refer to religion, with some place for
discussion on the moral aspects of sexuality.
Let sex education cover the scientific
basics. We must trust that young
people, having this knowledge, will be
able to choose wisely. And if they choose
sex, they will know how to protect their
life and well-being”